AUD/USD takes offers near 0.6930 while consolidating the daily gains during early Monday. In doing so, the Aussie pair takes clues from China amid fears of global recession and the higher Fed rates.

That said, the People's Bank of China (PBOC) kept its key monetary policy rates, namely the 5-year and 1-year Loan Prime Rate (LPRs) unchanged at 4.45% and 3.70% respectively during Monday's announcement. The Chinese central bank’s inaction contrasts with the Western policymakers hawkish bias but fail to put a bid under the AUD/USD prices.

Also on the positive side is a piece of news from Reuters saying, “President Joe Biden's administration is reviewing the removal of some tariffs on China,” as well as upbeat covid news from Beijing and Shanghai to favor the market’s cautious optimism.

However, nearly 10% drops in iron ore prices, Australia’s key export joins the hawkish Fed concerns, not to forget fears of economic slowdown, to weigh on the AUD/USD prices.

The Washington Post (WaPo) raised fears of a tough new economic climate due to the US Federal Reserve (Fed) rate hike of the 75 basis points (bps). The news mentioned that the Fed’s rate hike launched a high-stakes test of the economy's ability to shed its dependence on limitless credit and tolerate higher borrowing costs for consumers, businesses and the government.

Also supporting the fears of recession, as well as hawkish Fed bets, were the key US central bank policymakers namely Minneapolis Fed President Niel Kashkari who backed another 75 bps rate hike in July. Furthermore, Treasury Secretary Janet Yellen also mentioned her expectations of a slowdown in the economy but ruled out recession concerns.

Amid these plays, the US stock futures print mild losses while the US Treasury yields remain unchanged at 3.23% amid Juneteenth holiday in the US.

Moving on, the Reserve Bank of Australia (RBA) Monetary Policy Meeting Minutes and a speech from RBA Governor Philip Lowe, up for publishing on Tuesday, will be important for the AUD/USD traders. However, major attention will be given to Fed Chairman Jerome Powell’s Testimony for fresh impulse as the Fed Boss is likely to be questioned on inflation woes to justify the recent rate hike.

The AUD/USD pair’s failure to cross the 100-HMA and a downward sloping trend line resistance from Thursday, around 0.6960, triggered the latest pullback targeting the previous resistance line from early June, close to 0.6875 by the press time. 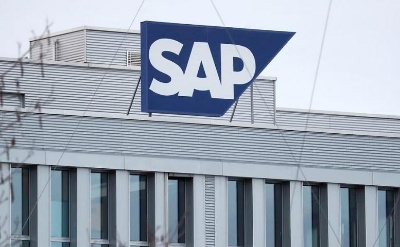