Gold Price (XAUUSD) pares the biggest weekly fall in six as the US dollar retreats on the Juneteenth holiday. That said, the bright metal prints mild gains around $1,845 heading into Monday’s European session. However, the corrective pullback appears doubtful as traders await the US PMIs and Fed Chair Jerome Powell’s Testimony amid recession fears.

US Dollar Index (DXY) fades Friday’s recovery moves, down 0.23% intraday around 104.40, as the greenback bulls await fresh clues from the Fed policymakers. In doing so, the US dollar gauge consolidates the previous three-week uptrend amid a quiet session during an off in the US equities and bond markets. It’s worth noting that a downtick in the US inflation expectations, as per the 10-year breakeven inflation rate per the St. Louis Federal Reserve (FRED) data, seemed to have drowned the DXY by refreshing a monthly low near 2.60%.

Also read: Gold Price Forecast: XAUUSD to extend struggle around 200 DMA, with all eyes on Powell 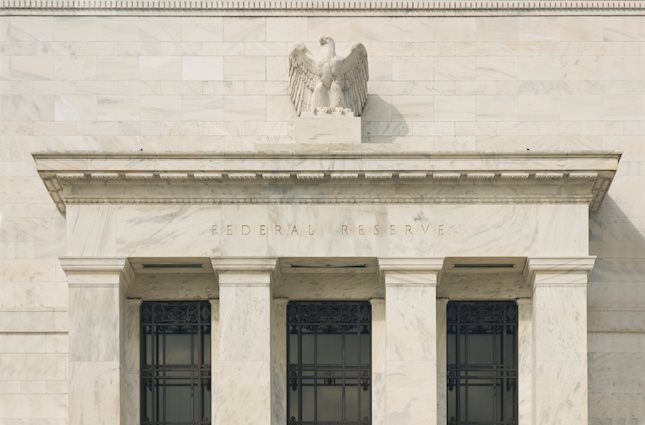 Federal Reserve Policymakers recently backed the 0.75% rate hike and justified the move during their latest public appearances as soon as the pre-Fed blackout ended, the hawkish Fedspeak weighed on the Gold Price the previous week. Among the key Fed hawks was Minneapolis Fed President Neel Kashkari backed another 75 bps rate hike in July while Cleveland Federal Reserve Bank President Loretta Mester rejected expectations that the inflation will be softer going forward. Additionally, Treasury Secretary Janet Yellen also mentioned her expectations of a slowdown in the economy but ruled out recession concerns.

Powell needs to defend the hawks

On Wednesday, Fed Chair Jerome Powell will need to justify the biggest rate hike since 1994 in front of the Senate Banking Committee. The policymaker is up for testifying on the Semi-Annual Monetary Policy Report that recently mentioned that the Gross Domestic Product (GDP) appears to be on track to rise moderately in the second quarter, per Reuters. It will be a tough job for the Fed Boss to back further aggression in monetary policy amid recessionary fears, failing to do so can extend the latest rebound of the XAUUSD.

PMIs are important too

Having witnessed downbeat US data of late, preliminary readings of June PMIs will be crucial for the gold traders as further softening of data will enable the XAUUSD prices to remain firmer. On Friday, US Industrial Production for May dropped to 0.2% MoM, below 0.4% market forecast and 1.4% prior. The details suggested steady Capacity Utilization and a contraction in the manufacturing output. Forecasts suggest downbeat prints of S&P Global Manufacturing PMI for June versus a bit better services gauge for the said month. As a result, Composite PMI might remain mostly unchanged at 53.7 versus 53.6 prior.

China fails to bolster Gold Price, despite announcing no change in its monetary policies, as well as witnessing improvement in covid conditions. The reason could be linked to the sluggish economic growth of the world’s second-largest bullion user and the recent hopes of a downbeat 3.0% GDP growth during Q2 2022. The People's Bank of China (PBOC) kept the 5-year and 1-year Loan Prime Rate (LPRs) unchanged at 4.45% and 3.70% respectively during Monday's announcement. That said, the covid numbers in Beijing and Shanghai improved and led to an easing in activity controls during the week. However, Shenzen announced fresh lockdown measures due to local covid instances.

Gold Price seesaws around the 200-DMA despite repeated failures to cross a downward sloping resistance line from early March. In addition to the metal’s pullback from a short-term key hurdle, steady RSI and sluggish signals are also suggesting the quote’s further grind towards the south.

That said, the month-start bottom around $1,830 may offer immediate support should the quote drops below the 200-DMA level of $1,843. However, a five-week-old trend line support, close to $1,804 by the press time, will precede the $1,800 threshold to challenge the bear’s entry afterward.

Meanwhile, a clear upside break of the aforementioned resistance line, near $1,855 at the latest, isn’t an open invitation to the XAUUSD bulls as the 50-DMA level surrounding $1,872 and the monthly high near $1,880 will challenge the upside momentum afterward.