Gold Price (XAU/USD) remains on the back foot, reversing the previous day’s rebound from the weekly low, as traders await fresh clues during Thursday’s Asian session. That said, the yellow metal renews intraday low around $1,835 by the press time.

Earlier in the day, Reuters said, “An early look at the state of the US job market in June from payroll provider UKG suggests some strengthening, even as the Federal Reserve lifts interest rates sharply and economists raise alarms over the likelihood of a recession.” The news seems to have exerted fresh downside pressure on gold prices. Furthermore, Reuters poll suggesting that the European Central Bank (ECB) will raise benchmark rate to 0.75%, from 0.0% currently, also weigh on the market's mood and gold prices.

That said, the precious metal’s latest losses could also be linked to the market’s reassessment of Fed Chair Jerome Powell’s Testimony on the bi-annual Monetary Policy Report, which took place on Wednesday. Federal Reserve (Fed) Chairman Jerome Powell’s justification for the recent rate hike, the biggest since 1994, managed to gain acceptance, at least during the first round of the Testimony on the bi-annual Monetary Policy Report. However, Powell’s rejection of the need for a heavy rate increase seemed to have favored the risk appetite and gold prices afterward, before the latest weakness.

On a different page, easing fears of aggressive central bank moves, mainly due to a reduction in the oil prices and recently downbeat US data, could also be linked to the XAU/USD’s previous rebound. That said, WTI crude oil prices dropped 0.85% to $103.50, down for the second consecutive day around the lowest levels in six weeks. The black gold’s latest weakness could be linked to the bearish weekly inventory data from the American Petroleum Institute (API). Additionally, talks that US President Joe Biden will announce gas tax relief by the end of the week also weighed on the oil prices.

Furthermore, the latest US figures concerning housing and activities have been softer for May, which in turn eases the pressure on the Fed to tame inflation.

Amid these plays, Wall Street managed to pare the day-start losses but ended Wednesday with mild losses whereas the US 10-year Treasury yields marked the biggest daily fall in a week by ending the day at around 3.16%, down two basis points near 3.14% by the press time. That said, the S&P 500 Futures drop 0.50% at the latest.

Given the RSI retreat from the overbought territory backing the metal’s latest weakness, the XAU/USD prices may decline below the immediate HMA confluence surrounding $1,835.

However, an upward sloping support line from June 14, near $1,825 by the press time, could challenge the quote’s short-term downside.

On the contrary, recovery moves need to cross the one-week-old trend line resistance, close to $1,848 at the latest, to recall the gold buyers. 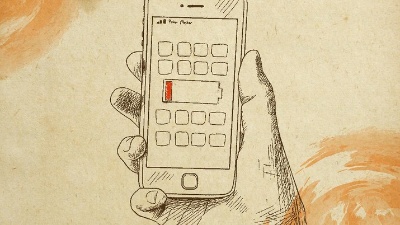